What Can the Employment Report Tell Us?

Slowing growth abroad, particularly in Germany and China, as well as ongoing trade disputes have spurred much recent discussion about the extent to which these factors might hurt the American economy. But how can we gauge how these factors and other developments are reverberating across the U.S. economy? Are we entering a recession? The Employment Situation report, released by the Bureau of Labor Statistics typically at 8:30am ET the first Friday of each month might be one of the first places where we see hard evidence of their effect. 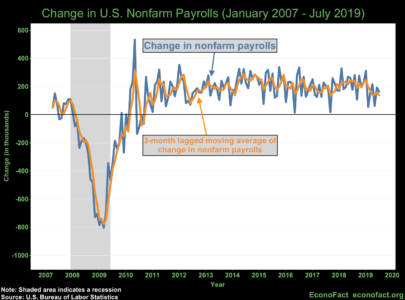 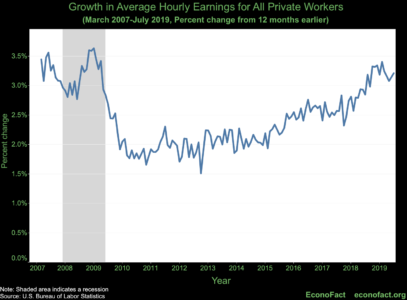 Taking an accurate pulse of the economy in real time is difficult because information is incomplete and often arrives with a lag. Turning points, such as when a recession hits, are most often pinpointed in hindsight. Nonetheless, the employment report provides a key source of information to those who are intent on figuring out what is going on in the economy in real time. The sooner policymakers and investors are aware of changing conditions, the sooner they are able to take appropriate action.

By Karen Dynan, Professor of Practice at Harvard University