Sometimes, it’s not good to be King

When we look back on the returns of September 2019, there will be little hint that anything extraordinary happened. There were some changes in leadership but nothing out of the ordinary. Developed international and emerging market equities outperformed US stocks for the month; a welcome change from the last few years. Value stocks outperformed Growth globally as investors turned away from momentum driven names that have dominated the market. Bond yields rose modestly leading to modestly negative returns across most of the fixed income market, and the yield curve (as measured by the 2-year and 10-year Treasury bond) steepened back out of its August inversion. Underlying these returns, however, were some very significant headlines that reminded us that sometimes it’s not “good to be a king.”

In the last week of the month, President Donald Trump was accused of misusing his authority to pressure a foreign government to investigate a political rival; he now faces the most significant impeachment threat of his presidency. Within the same news cycle, British Prime Minister Boris Johnson was dealt a significant blow by the Supreme Court of the United Kingdom prompting calls for his resignation. In the very same week, one of the most highly anticipated IPOs of the year, The We Company (parent company of WeWork), was indefinitely delayed based on governance and valuation concerns. Its CEO and co-Founder, Adam Neumman, was subsequently removed from his post and lost his majority voting control of the company, although he remains Chairman. In conclusion, it was a bad week to be a leader.

The impact on the stock market from presidential impeachment proceedings is difficult to predict except to assume that it will cause an uptick in volatility. There (thankfully) is not much history for us to rely on. 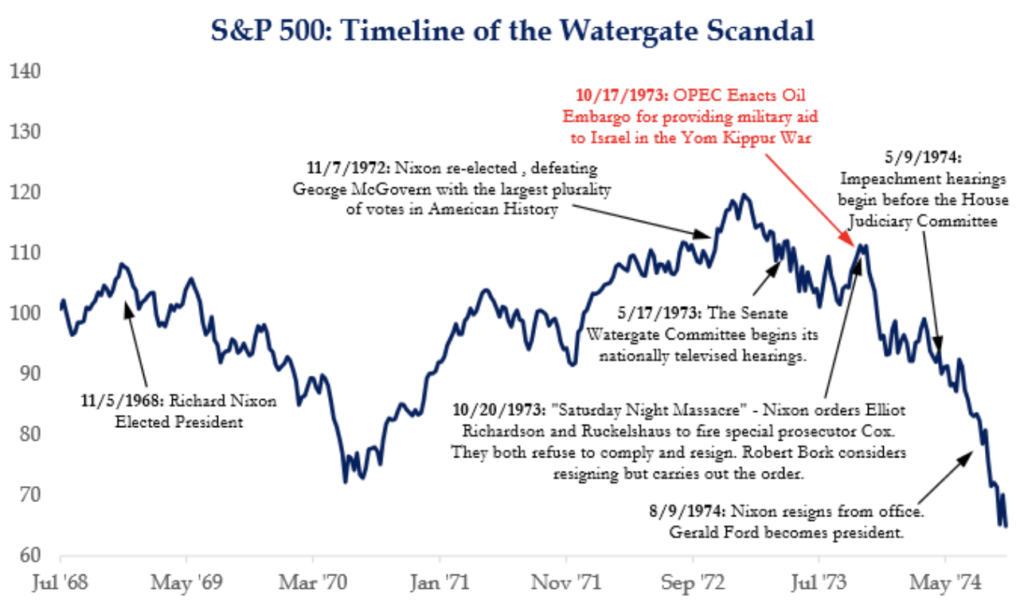 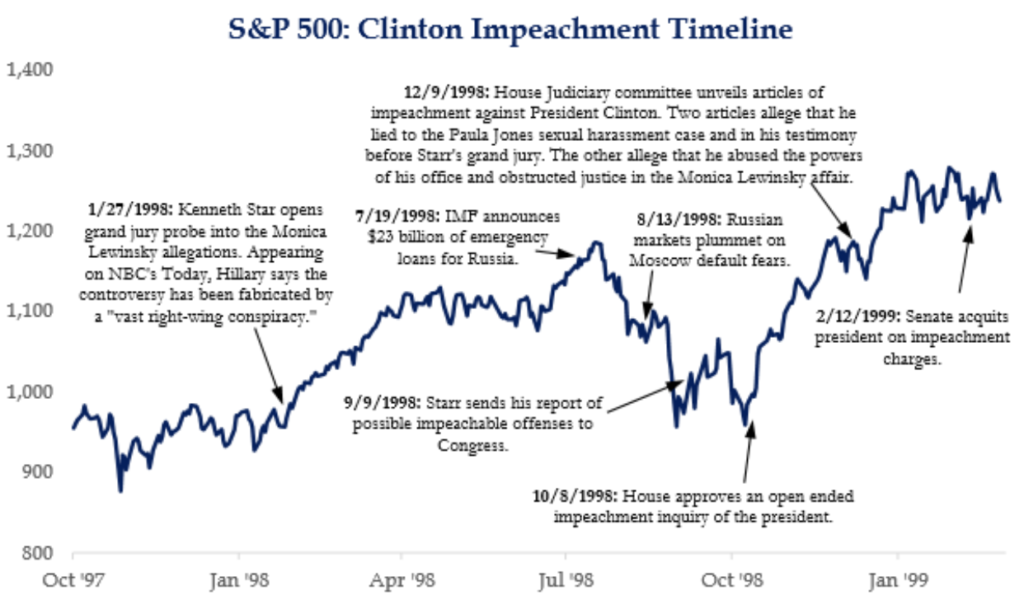 The relationship between the UK and the EU appears likely to cause similar volatility. British Prime Minister Johnson is continuing to push for an October 31 break from the EU and has submitted new plans to try to reach an agreement. The adjustments to the withdrawal agreement have been met with stiff opposition. While Parliament has passed a law requiring that he seek an extension if a deal cannot be reached, there is increasing concern that Johnson will seek a loophole leaving the only remaining option for the opposition to avoid a no-deal Brexit coming from a no-confidence vote. That’s a risky proposition as Johnson’s Conservative party is ahead in the polls and there is no clear leader to take hold from the coalition of opposition parties; so risky in fact, that Johnson has invited the party to “back or sack” him.

The disastrous near-IPO for The We Company has captured the attention of private equity investors. It was one of the most highly anticipated IPOs of the year with the most recent private round of financing valuing the company at an estimated $47 billion.

We continue to see significant short- and medium-term risks on the horizon. If we have learned anything over the last ten years of risk-on/risk-off markets, it’s that the anticipation of news has a greater impact than the news itself. While the odds of removing the US president from office or the UK experiencing a painful no-deal Brexit appear to remain relatively low, they are likely to continue to move markets over the next 12-18 months.

While we do not typically comment on volatility that is measured in days rather than months (or even years), we do think it appropriate to mention the first few days of October as US markets sold off sharply on October 1stand 2ndwith the S&P losing 3.0%, eclipsing the modest gains of the 3rdquarter. The declines came as data on US manufacturing showed the second consecutive month of contraction in September and a report indicating a slowdown in hiring. The backbone of the US economy has been the consumer. In late September, The Conference Board’s Consumer Confidence Index of current conditions declined modestly; however, the future expectations component showed a steep decline. This data supports the view that a recession is coming at some point. We continue to believe that the best defense is to build diversified portfolios that are designed to withstand the ensuing volatility and allow our clients to stick to their long-term financial plans.