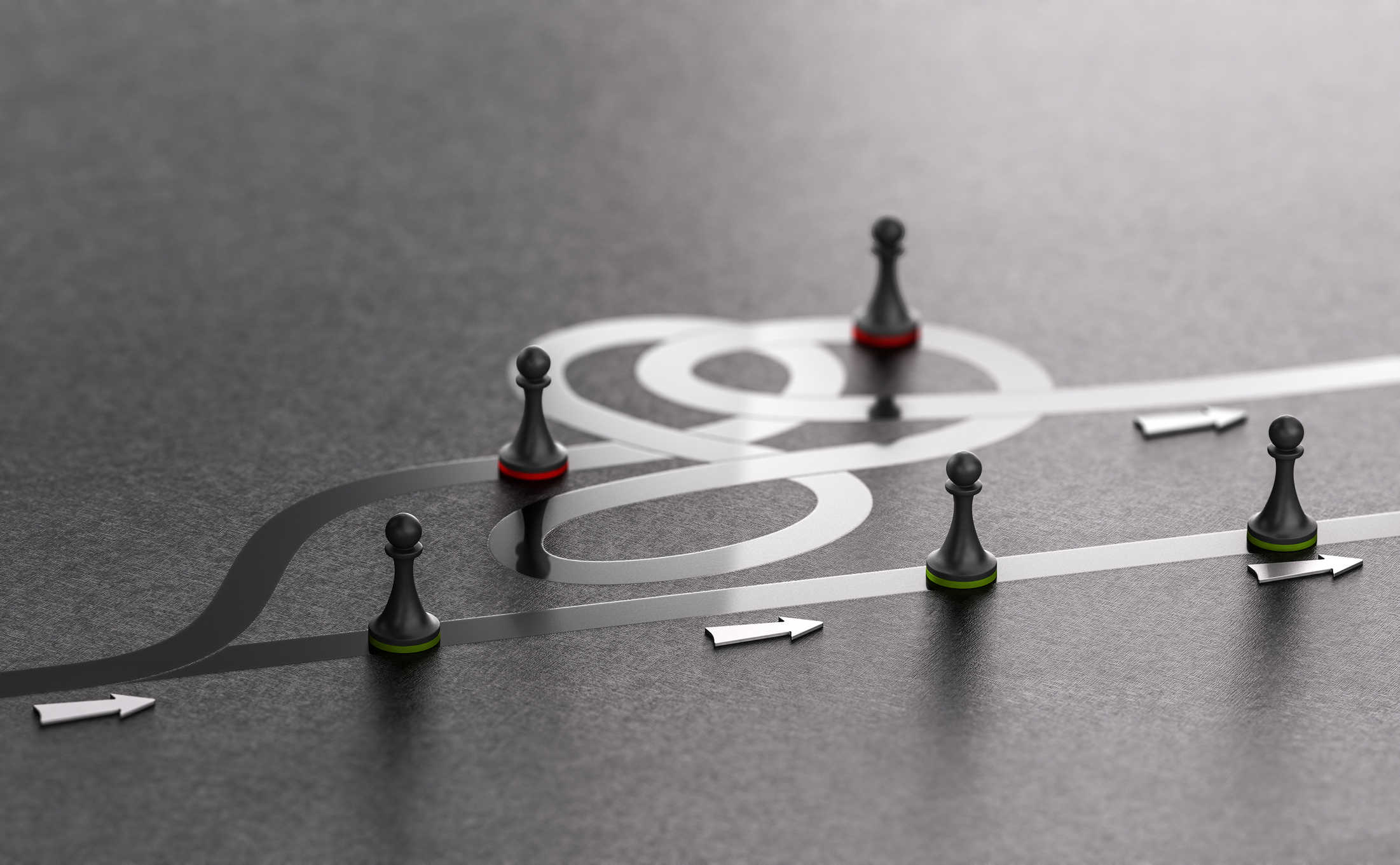 “This article offers the case for and against the merger from the specific perspective of RIAs, which represent the bulk of the independent advisory industry.”

My Take On The Schwab/TD Ameritrade Merger

While we may not yet have a sense for its magnitude, the year 2019 will likely go down in history as one of the most significant and impactful for the independent advisory industry. It was shaped by four key developments:

1. The SEC’s refusal to impose the fiduciary standard on broker-dealers, allowing them to operate under a weaker “best interests” standard and still claim some sort of equivalency with fiduciary-bound independent advisors;

2. The acquisition by Goldman Sachs of United Capital, signaling a new level of direct competition against and within the independent advisory community not only by Goldman but also by others seeking to compete in the space;

3. The unprecedented push by private equity investors to fuel a new class of firms set on disrupting the industry, partly by driving valuations to unprecedented levels; and

4. Following their moves to eliminate certain commissions, the decision by one industry titan, TD Ameritrade, to be acquired by another, Charles Schwab.

One can easily argue that each of the first three developments taken alone—and all of them taken together—bode poorly for many independent investment advisors. But what about the last development, the Schwab-TD Ameritrade deal? This article offers the case for and against the merger from the specific perspective of RIAs, which represent the bulk of the independent advisory industry.

The Facts Of The Case

The news that Schwab and TDA were in talks broke on November 21. On November 25, the companies formally announced the deal. Schwab would acquire TDA in an all-stock transaction valued at approximately $26 billion. Schwab’s press release indicated that, after the transaction closes in this years second half, the combined firms would operate under the Schwab name and serve about 24 million client accounts with over $5 trillion in assets.

Reports suggested that after the acquisition Schwab would control as much as 70% of all RIA custody business, with Fidelity, Pershing, State Street, TradePMR, E*Trade, Raymond James and others squabbling over the rest. Schwab’s Advisor Services website indicates that it already provides services to 7,500 independent advisors, and TDA said it currently works with as many as 7,000 RIAs.

There is, of course, overlap, as many RIAs use both companies. To put things into perspective, Fidelity, which will now be a distant second in the RIA custody race, says it has only 3,900 clients on its Fidelity Clearing & Custody Solutions platform and they include not only RIAs but also banks, broker-dealers, family offices and wealthy families.

Why The Merger Is Good For RIAs

1. It means better service, technology and resources.As is the intention with most of these deals, the merger of Schwab and TDA should lead to a new iteration of Schwab that is even better than the old one, as the firm’s merged leadership teams seek to capitalize on the best that each of the legacy firms has to offer. In turn, advisors and their clients would benefit from better service, technology and resources.

Just consider what a technology platform made from this combination could look like in a few years—or the combined trust services, charitable planning, practice management and consulting businesses. Perhaps with the addition of TDA the new entity will also offer even better, more accessible service to international clients. And there’s always the potential to bring Schwab Bank to the next level.

2. The deal means better economies of scale and efficiencies.At a minimum, the merger should produce better economies of scale. While these will likely benefit Schwab’s shareholders, advisors can expect that at least some of them will be shared with RIAs and their clients, perhaps leading to better pricing on services and transactions that are not already free.

Consider the many RIAs that utilize the services of multiple custodians, including Schwab and TDA. By consolidating the two into one, RIAs that currently use both custodians can themselves expect to achieve greater operational efficiencies with one less platform on which they are required to work.

A further potential benefit comes from the way that Schwab and TDA provide support services to RIAs. Both firms offer tiered service levels, with the best offerings available only to their larger RIA clients. It seems likely that, as multi-custodial RIAs consolidate their Schwab and TDA relationships, they can expect to have access to higher tiers of service from Schwab, if only because their overall relationship with the firm is now larger.

3. The deal will put increased competitive pressure on other custodians.The other powers are on notice. The new Schwab will be the clear leader in the RIA custodial space (at least in terms of size), and competitors will either need to be even better or find their own unique competitive niches to keep pace with the leader. This trend should serve RIAs well as they benefit from the new measures taken, and investments made, by the competition.

4. The deal will create expanded referral platforms.RIAs participating in the Schwab Advisor Network or the TDA Advisor Direct referral platform can expect access to more retail branches, along with the elimination of competition among the legacy Schwab and TDA branches (TDA having previously acquired the Scottrade branches). There are differences between the two programs in how they charge RIAs for referrals, but any negative fee changes should be offset by increased opportunities.

5. The company will have an increased power to advocate for RIAs.One of the more underappreciated things that Schwab and TDA (as well as Fidelity and certain other custodians) do for RIAs is advocate for them to the public and government, which constantly need to be reminded of what RIAs stand for in the face of massive advertising and public relations campaigns funded by the broker-dealer industry. It is likely that RIA advocacy will be even stronger as Schwab and TDA join forces, achieve a greater collective voice and ultimately use their combined might for right on behalf of consumers.

Why The Merger Is Bad For RIAs

1. There will be less competition among RIA custodians.It’s worth noting that the merger could be derailed by antitrust regulators if they see it as stifling competition in the custodial space. It might, and less competition generally is not good for innovation, market efficiency or, ultimately, consumers. That being said, Schwab and TDA are much more than just custodians, and regulators may allow the merger because, holistically, the two firms’ ability to move toward anything resembling a monopoly is limited to a smaller segment of their overall businesses.

2. The deal will create more competition against RIAs.Ironically, while the merger will create less competition among the custodians, it may create more competition against registered investment advisors. Some RIAs now see the retail and other advisory businesses within Schwab and certain other custodians as competitors—a form of “co-opetition,” so to speak. Competition from Schwab could intensify after the merger, whether it comes from Schwab’s Intelligent Portfolios, its other retail channels or something else.

Meanwhile, TD Ameritrade, along with a few of the other custodians, had previously touted the fact that it was not competing against RIAs. It will now be part of an organization that does. Will RIAs’ best friends, their custodians, one day put them out of business? Probably not, but the Schwab/TDA merger will need to be monitored from this perspective.

3. The transition might create burdens for clients.We don’t yet know what the merger will mean for RIA clients whose accounts are held at TDA. Ideally, the merger will not be a meaningful burden on them as they migrate to Schwab, but it’s probable that there will be at least some. Thus far, Schwab has not taken a definitive position on matters such as the client-consent or “repapering” process, but clients generally do not like change that has been forced on them, and it will be important to understand what any such change ultimately looks like.

Then there are the service and experience unknowns. Will TDA clients be “sold” products or services by Schwab? Will their cash end up at Schwab Bank? Will they experience less of a personal touch in favor of more technology? The answers to these questions will be important for RIAs and their clients.

4. The transition might create burdens for RIAs too.Beyond the transition of their TDA clients to Schwab, RIAs will be faced with issues surrounding their use of the legacy TDA technology and other platforms, as well as the uncertainties that inevitably arise as service and relationship teams change from one platform to the other.

5. There could be an effect on smaller RIAs.TDA has been public about its efforts to support smaller RIAs, including small teams who leave the wirehouses seeking independence. Some have argued that Schwab has been less enthusiastic about this segment, though the evidence does not necessarily support these assertions. Indeed, Schwab appears to be reinforcing its commitment to smaller RIAs with its recent hire of high-profile personnel to support them. Nevertheless, small RIAs that do make the transition could face disproportionate hurdles—if only because of their size—as they attempt to navigate the new landscape, including Schwab’s platforms, whatever they may look like after the merger.

The matter of Schwab and TDA is not yet ripe for a decision, despite the rush of commentators prematurely rushing to judgment. It must be remanded to the court of RIA and client public opinion based not on speculation but on the actual evidence produced and submitted by the parties as they move toward, and ultimately beyond, a closing of their merger. The stakes are high either way. If the merger is good for RIAs, it will be a powerful boost for an industry that has been hurt by other recent developments. If it is not, then the damages could be substantial, and the judgment of the industry will be swift. 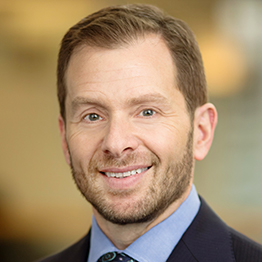