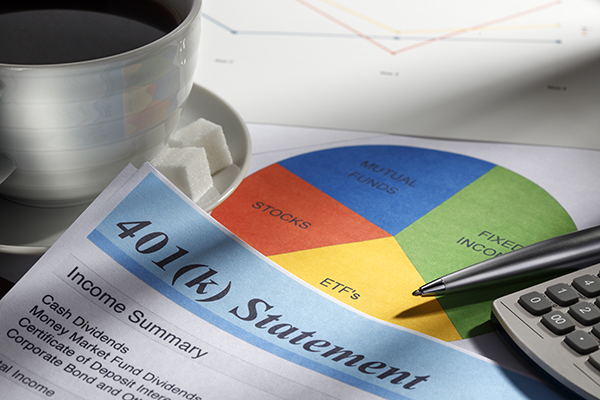 “Some employers permit you to contribute after-tax dollars to applicable retirement plans until you have reached the IRS defined contribution limit.”

Defined contribution plans, such as a traditional 401(k) plan, offer the benefit of saving for retirement using pre-tax dollars.  For 2017, the maximum contribution to these plans allowed by the IRS is $54,000 ($60,000 for individuals age 50 or older).  Employee deferrals, employer matches, and employer profit sharing contributions all count towards this limit.  As an employee, you can defer up to $18,000 in 2017, or $24,000 if you are age 50 or older.  Some employers, however, also permit you to contribute after-tax dollars to applicable retirement plans (e.g., 401(k), 403(b), and 457 plans), until you have reached the IRS defined contribution limit, taking into account all employee and employer contributions.  Here’s an example: if you are 45 and contribute $18,000 pre-tax into your 401(k) plan and your employer contributes an additional $6,000, you could contribute an additional $30,000 in after-tax dollars before reaching the set contribution limit of $54,000 mentioned above.  Again, since not every employer provided retirement plan allows after-tax contributions, check with your human resources department to determine if the option is available in yours.

So, for example, let’s say you contributed after-tax dollars to a previous employer’s 401(k) plan and now want to roll over the plan’s balance to personal retirement accounts.  The amount that you contributed in after-tax dollars to the 401(k) can be rolled into a Roth IRA because those contributions have already been taxed; and the amount contributed in pre-tax dollars and all investment earnings would be rolled into a traditional IRA because they are subject to taxation upon disbursement.  Subsequent distributions to you from the Roth IRA will be tax-free while distributions to you from the Traditional IRA will be taxed as ordinary income.  However, note that partial rollovers are not permitted; the IRS states that you must elect to roll over the entire balance.

Contributing after-tax dollars became significantly more attractive when, in 2014, the IRS issued Notice 2014-54, which provided much needed guidance regarding the treatment of pre-tax and after-tax contributions when a rollover from a qualifying retirement plan occurred.  Prior to this guidance, once a retirement plan balance was rolled over into an IRA, subsequent IRA distributions had a pro rata allocation between the taxable and non-taxable component due to the previous after-tax contributions.  Also, unlike Roth IRAs, traditional IRAs are subject to IRS Required Minimum Distributions, which made this strategy even less attractive prior to the 2014 ruling.

As a reminder, every person’s financial situation is unique and there are other considerations which may determine if after-tax retirement plan contributions make sense for you. This is why we suggest consulting a financial professional to develop, execute, and monitor a comprehensive and personalized financial plan designed to reach your goals.