The Equity Bull Market is not Running on Empty

Despite its age, the bull market for equities looks well-positioned to continue, putting it as the second longest in American history.  Corporate profits have emerged from a so-called “earnings recession,” consumers are repairing their balance sheets and starting to spend again, and signs of recovery are picking up worldwide.   These factors appear to be combining to form a third leg to the current bull market. 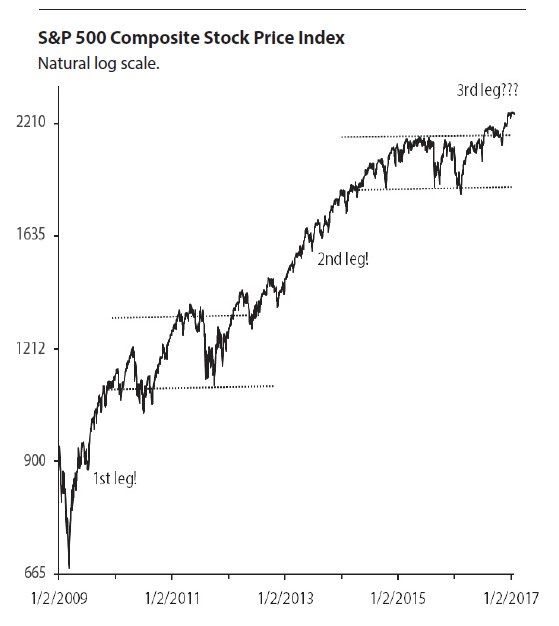 The backdrop has become more attractive for equity investors based on the following points.

Taken together, these signs appear to point to a more favorable environment for equities over the medium term.  While the risk of a near-term pullback or correction remains, we do not see the conditions forming for the next bear market at this time. Rather, we likely would view a near-term price consolidation as a healthy reset that would allow fundamentals to catch up to valuations.

As a Senior Portfolio Manager and Principal at The Colony Group, Edward is primarily responsible for leading the team that runs our proprietary Small Cap, International Developed and Emerging Market strategies.