Investors’ focus shifted last week to the U.K.’s European Union (EU) referendum vote, otherwise known as Brexit, which is being held on Thursday, June 23rd.  Global equities declined in the latter half of last week as polls showed support for an “exit” vote gaining ground.  While polls have delivered conflicting messages throughout the run-up to the vote, most prognosticators believe that voters will elect to stay in the EU.  The wildcard remains the large contingent of still undecided voters.  During the Scotland Referendum of 2014, many previously undecided voters ended up voting to leave the U.K., albeit it was not enough to overtake the stay vote.  Some fear that a similar pattern may unfold regarding Brexit, making for an uncertain outcome.

It’s not only the uncertainty around the vote that has investors concerned.  Should the U.K. vote to leave the EU, there would be significant consequences to both the U.K. and EU economies and markets.  The U.K., for instance, runs a current account deficit, making it reliant on capital inflows to support its currency.  These flows would almost certainly be curtailed as new financial agreements are negotiated with EU members.  This would likely cause an increase in volatility in currency markets and impact the U.K.’s interest rate policies.  A Brexit will affect trade, geopolitics, confidence, and policy in uncertain ways, and as the adage goes, “markets abhor uncertainty.”

What this means to us? – The Brexit vote markets a pivotal moment for risk assets.  At the present time, the result is too difficult to handicap.  A stay vote will preserve the status quo, for better or worse, and a sense of calm should return to the financial markets.  A leave vote, on the other hand, will be met with increased uncertainty and volatility over the shorter term.  We recommend clients exercise patience when investing new money, waiting until after the referendum before putting money to work.  Nevertheless, we believe the Brexit vote’s impact on longer-term returns should be relatively negligible. 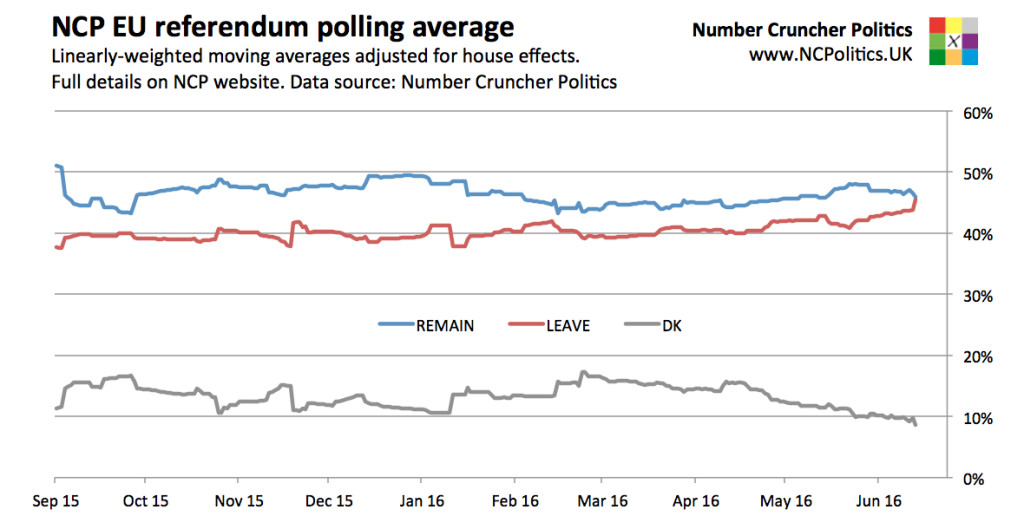