Back to regularly scheduled uncertainty

Investment markets have spent the past few weeks consolidating its big bounce off the lows. We believe returns have stabilized, as evidenced by relatively measured daily price moves in the range of 1-2% versus the 5-10% gyrations we saw during mid-to-late March. This relative quiet comes as investors wait to see whether the economic data supports the market’s optimism. What could bring the volatility back?

In our May Market Update, we discussed the key drivers that would support a market recovery: signs that the virus’s spread is being contained and the development of effective treatments, a return of furloughed or laid-off employees, resumption of economic activity, and continued fiscal support from Congress. Early indications are that each of those things seems to be trending in the right direction. That said, several more weeks of data are necessary before we can sound the “all clear.” There are, however, numerous potentially lasting impacts that could drive uncertainty in the market that are tangential to the coronavirus.

While public health officials may be focused on the long game of virus treatment and containment, many politicians have shorter time horizons. They need to show voters progress before November to solidify their chances of reelection. The Trump administration has shifted the decision on opening the economy to state governors. Nevertheless, the President’s election hopes are directly linked to the success of the governors’ decisions, especially in battleground states. State leaders must carefully balance economic concerns against health and safety concerns. Delaying the re-opening risks long-term economic impairment while opening too soon could cause a second wave that overwhelms the health care system and causes renewed lockdowns. An economy that remains closed is likely bad for incumbents; however, an economy that has had to re-shutdown would be disastrous. With most states moving forward with a reopening plan (regardless of political affiliation), this becomes more a story about incumbent vulnerability than political party. Investors like certainty and a large-scale disruption in the political status-quo could create volatility.

China is a safe target for the administration as relations seem to be simmering just below the boil point. The President is in a relatively good place politically to increase pressure on China over the coming months as the American public takes an increasingly negative view on China. However, here to, there is a delicate balance. The President has associated a strong stock market with policy success throughout his presidency, but past escalations with China rattled the stock markets. The administration will need to walk a fine line to ensure markets remain stable if he hopes for a second term. 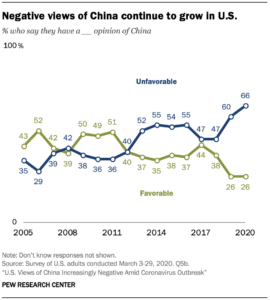 We have written at length about the unprecedented scale of monetary and fiscal stimulus that has been unleashed during this crisis. While most investors believe it is necessary in the short-term, many are concerned about its long-term impact on inflation. Pundits believe that this money is necessary to offset a decline in spending by consumers and businesses, and that it is only negating otherwise deflationary forces. Indeed, the market is pricing in inflation remaining below 1% for at least the next five years. That view is predicated on stimulus spending being relatively temporary. As talks for even more stimulus persist, that thesis may be tested. We expect that, given the long lead time that occurs before inflation takes hold, we should have an opportunity to adjust portfolios appropriately. In the meantime, for most clients, we maintain a modest position in inflation sensitive assets in case of unexpected surprises. 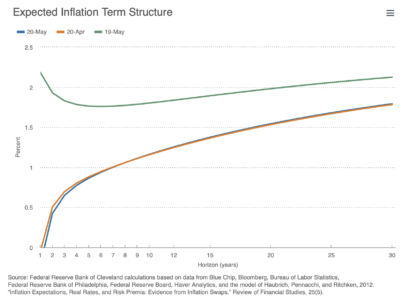 None of these are new issues for markets to consider; health policy, the election, China trade relations, and inflation were all concerns investors had coming into 2020. COVID-19 simply introduces a new dynamic to the conversation. We remain steadfast in our conviction that humankind will eventually overcome this crisis. Then investors can find something hopefully much less frightening to worry about.