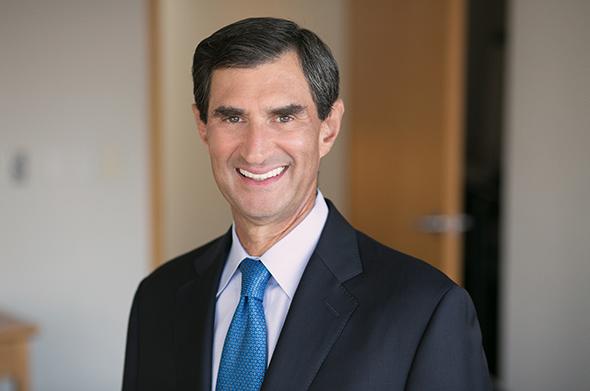 "When we’re not making news, we’re using it to create smarter, more relevant decisions to keep our clients ahead of the curve in any type of market."

Bob Glovsky is Vice Chair and a Principal of The Colony Group. Prior to joining The Colony Group in July 2012, Bob was a founder and the President of Mintz Levin Financial Advisors, which provided wealth management and investment advisory services to individuals and families. Bob brings more than 30 years of experience in financial planning and money management with a focus on comprehensive planning.

Bob is the Director Emeritus of Boston University’s Financial Planning Program, the largest CFP® Board registered program in New England and one of the largest in the country. He was honored in 2010 for his service, and the Robert J. Glovsky Scholarship Fund was created to help fund financial planning education for qualified women and minority candidates and those choosing to assist the underserved population.

Worth magazine selected Bob as one of the “Best Financial Advisors in the Country” eight consecutive times, and he was also listed in Mutual Fund magazine’s “Nation’s Top 100 Financial Advisors.” In 2015, Barron’s chose Bob as one of the “Top 100 Independent Financial Advisors” for the eight time and he made Boston Magazine‘s list of “Five Star Wealth Managers” in 2010 and 2011*. In addition, Bob has been on the cover of Financial Planning magazine three times. His expertise was broadcast for over eight years when he served as co-host of The Money Experts on Boston radio and of The Financial Planners on cable television, and he is regularly quoted in publications, including the New York Times, the Wall Street Journal, Barron’s, Business Week, the Washington Post, the Boston Globe, and the Boston Herald.