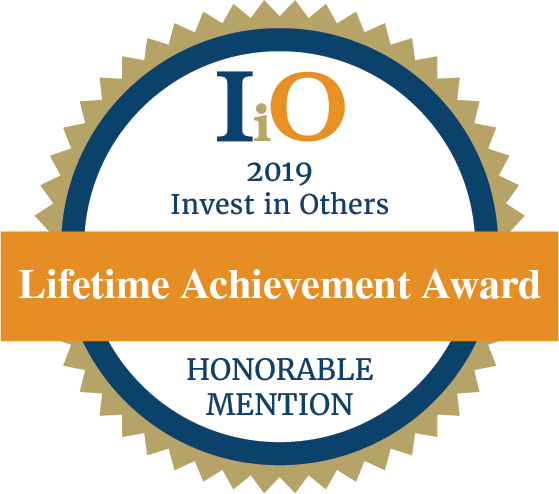 “Bob’s years of dedication and service to the CFP Board have fundamentally influenced the financial planning profession and established a lasting legacy of excellence, opportunity and inclusion for financial advisors.”

Bob Glovsky Honored for Charitable Work with the CFP® Board

Bob Glovsky, JD, LLM, CFP®, Vice Chair and Senior Wealth Advisor at The Colony Group, received an Honorable Mention in the 13th Annual Invest in Others Award for Lifetime Achievement for his philanthropic contributions to the Certified Financial Planner Board of Standards, Inc. (CFP Board).

“Bob’s years of dedication and service to the CFP Board have fundamentally influenced the financial planning profession and established a lasting legacy of excellence, opportunity and inclusion for financial advisors,” said Michael Nathanson, Chairman and CEO of The Colony Group. “Having worked with Bob directly for seven years and indirectly for over two decades, I have seen first-hand the impact that he has had on our profession and our industry, and we are fortunate to have him as a principal at Colony.”

Bob has been affiliated and worked tirelessly with the CFP Board since its inception 34 years ago. Beginning in 1981, he was the one of the founders and director of Boston University’s CFP® certification program, one of the largest in the country today. As a member and chairman of the CFP Board of Examiners, Bob supported the development and oversaw the administration of the comprehensive exam that aspiring CFP® professionals must pass to achieve certification.

In 2010, as Chair of Directors for the CFP Board, Bob pushed for the creation of an initiative that would address the lack of diversity and shortage of talent facing the financial planning profession by bringing together CFP® professionals, firms, educators, researchers and experts in a collective effort.

His leadership laid the foundation for the launch of the CFP Board Center for Financial Planning. Its mission is to create a more diverse and sustainable financial planning profession so that every American has access to competent, ethical financial planning. Since the Center’s founding, Bob has played an instrumental role in shaping and executing their programming as the Chair of their Advisory Council. In this role, Bob oversees the Council, which brings together leaders from top financial services firms, academia, and experts in workforce development and diversity to provide critical guidance on the development of the Center’s programs.

“I know Bob to be a tireless advocate for the Center and the financial planning profession and am deeply grateful for his dedication and leadership,” said Marilyn Mohrman-Gillis, Executive Director of the CFP Board Center for Financial Planning. “I am delighted that he was recognized as he inspires and motivates others to service, in addition to giving generously of his own time and resources.”

In addition to his own substantial support, Bob has helped the Center secure more than $1.7 million in contributions from financial advisory firms and individuals and has recruited key leaders from companies such as Fidelity, BYN Mellon’s Pershing, Envestnet, Ariel and The Colony Group to become engaged in supporting the Center both financially and through serving on its Women’s Initiative Council, Diversity Advisory Group, and Workforce Development Advisory Group.

Invest in Others criteria: Nominations are evaluated based on an advisor’s leadership, dedication, contribution, inspiration and impact on a nonprofit and the commu­nity it serves.